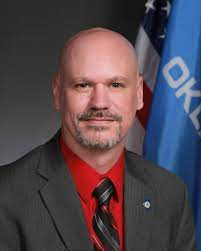 OKLAHOMA CITY – State Rep. Kevin West, R-Moore, today congratulated Dove Science Academy High School in Oklahoma City for being ranked the No. 1 high school for math and reading performance in the state and the nation by U.S. News & World Report for the second year in a row.

The publication this year ranked about 17,860 public high schools across the nation from the 24,000 reviewed. Rankings are based on students demonstrating outstanding outcomes above expectations in math and reading state assessments, earned qualifying scores in an array of college-level exams, and graduating in high proportions.

“I’m so proud of the students at Dove who have shown for a second year in a row that they are the best in the nation in these two key subjects,” West said. “I’m equally proud of the teachers and administrators at Dove who obviously know what it takes to help student succeed. Finally, I wish to acknowledge the parents who no doubt played a huge role in their student’s academic success. These students are well-prepared for their next steps in life.”

Dove Public Charter Schools has eight campuses in Oklahoma, one in Rep. West’s district. The schools promote science, mathematics, and educational technology in an environment that allows no more than 27 students per class. The schools boast a 1-to-15 faculty-student ratio. The school also boasts a college acceptance rate of 100%.

Kevin West serves District 54 in the Oklahoma House of Representatives, which includes part of Moore in Cleveland and Oklahoma counties.